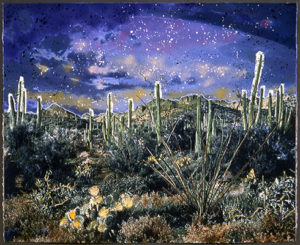 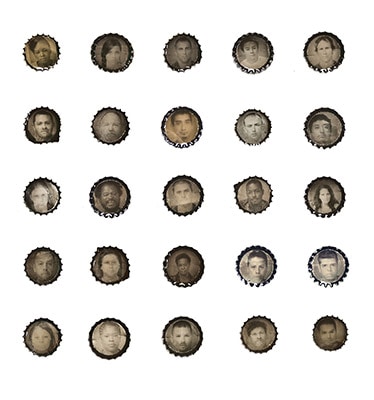 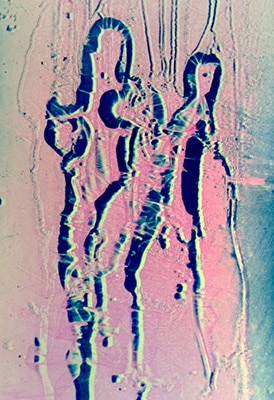 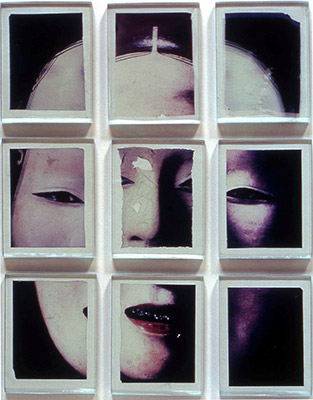 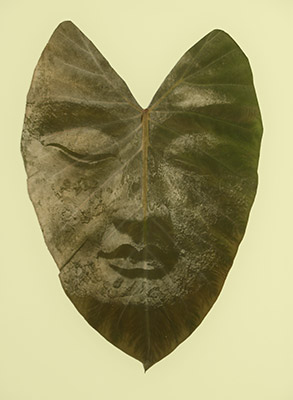 Buddha on a Taro Leaf. © Binh Danh. All Rights Reserved. 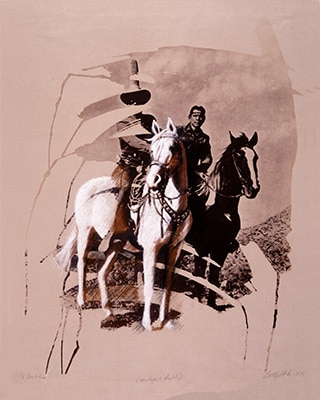 Betty Hahn was influenced and mentored by Henry Holmes Smith, a master teacher at the University of Indiana and pioneer in abstract and camera-less photography. Hahn is recognized for her influential teaching and experimental use of mixed media and popular culture icons. Brian Taylor studied with Hahn in the MFA program at the University of New Mexico. In his art and in his teaching at San Jose State University, in California, he inspired and engaged a new generation of artists in alternative processes from Shelby Graham to Binh Danh. Internationally renowned for his chlorophyll prints and daguerreotypes, Binh Danh first studied with Shelby Graham at age 16 and now teaches at Arizona State University and has influenced the social practice artist Jane Lindsay along with many others.

This chronology is merely a thin slice of the alternative process lineage that deserves to be exposed, celebrated and sustained. As Brian Taylor notes, “Betty Hahn opened my eyes to an entirely new world of self-expression. In her classes, a photograph was not a precious object or an end-point but rather, an image that could serve as raw material for a larger artwork where the hand of the artist was visible through mixed media and manipulation. Betty unveiled avenues of self-expression not available through straight photography.”

Henry Holmes Smith (1909-1986) was influenced by the early experimental photograms of László Moholy-Nagy. In 1939 Moholy-Nagy invited Smith to teach at the New Bauhaus in Chicago because of his experimental abstract color work and Smith continued to create cameraless photographs and become one of the most influential fine art photography teachers of the mid 20th century. Smith taught at Indiana University in the 1960s and his students included Betty Hahn, Robert Fichter, Jerry Uelsmann, and Jack Welpott.

Betty Hahn earned an M.F.A. at Indiana University in 1966 and, at the prompting of Henry Holmes Smith, began working with alternative photographic processes. Counting Rauschenberg and Warhol among her influences, Hahn was among the first photographers to successfully combine photography with other media, incorporating gum-bichromate, cyanotypes, Vandyke brown prints, lithography, hand-painting, and embroidery on fabric into her work. She is also known for her large-format Polaroid prints and her work with toy cameras. A native of Chicago, Hahn has taught at the Rochester Institute of Technology and recently retired as associate professor of photography, University of New Mexico.

Brian Taylor earned an M.F.A. from the University of New Mexico in 1979 and studied with Betty Hahn, Van Deren Coke, Beaumont Newhall, and others. Brian is known for his innovative explorations of alternative photographic processes including historic 19th Century printing techniques, mixed media, and hand made books. He has taught many students as Professor of Photography in the Department of Art and Art History at California State University, San Jose, and other institutions including the Friends of Photography, the University of California at Santa Cruz and Berkeley, Stanford University, Photo Alliance, and f/295 at Carnegie Mellon.

Shelby Graham earned an M.F.A. from San Jose State University in 1990 and studied with Brian Taylor, Jo Whaley, Robert Dawson, and others. Graham has a 30-year career as an arts educator and experimental photographer, including exhibitions in the US, Tokyo and the Czech Republic. She has been the Director/Curator of the Mary Porter Sesnon Art Gallery at the University of California, Santa Cruz since 1999 and teaches classes in digital arts and new media, photography, contemporary art and exhibition practices.

Binh Danh earned an M.F.A. from Stanford University in 2004 and first studied with Shelby Graham in 1994, and later Brian Taylor, Robert Dawson, Mimi Plumb and Joel Leivick and many others. Binh Danh has emerged as an artist of national importance with work that investigates his Vietnamese heritage and our collective memory of war, both in Viet Nam and Cambodia. His technique incorporates his invention of the chlorophyll printing process, in which photographic images appear embedded in leaves through the action of photosynthesis. His newer body of work focuses on the Daguerreotype process. He currently is an Assistant Professor of Art at Arizona State University. His work is in the collection of the National Gallery of Art in D.C. and the de Young Museum and many others.

Jane Lindsay earned an M.F.A. from Arizona State University and studied with Binh Danh, Mark Klett, Bill Jenkins, and Betsy Schnieder. She received an M.A.E. from Texas Tech University, and an M.A. in Psychology from Regis University in Denver.  She has shown her work in several venues including, Texas Photographic Society, Buddy Holly Center in Lubbock Texas, Cooper Grand Hall in New York, Photoville Brooklyn New York, Noorderlicht Photo Gallery in Rishon Lezion, Israel. Her short film “Dan’s Big Find”  won the Arizona award in the Arizona International Film Festival 2011.  Part of Jane’s practice is dedicated to socially engaged art engaging the participants as collaborators in a photographic conversation that invites the viewer to think about the complexity of the issues addressed. She uses both alternative and digital methods of photography and is currently teaching at Texas Tech University.

Graham is on the planning committee for a new Institute of the Arts and Sciences at UCSC. She has taught courses in photography, digital arts and new media, contemporary art and museum practices at the University of California, Santa Cruz; San Jose State University, San Jose, CA; Cabrillo College, Aptos, CA; Hartnell College, Salinas CA; and Seinan Gakuin University in Kyushu, Japan. She is also co-curating an exhibition on Okinawa with UCSC history students. Due to the complexity of Alternative Lineage, Graham is actively seeking grants to expand her research into a larger comprehensive museum exhibition including many alternative processes artists.

This soft-cover, perfect bound catalog features 28 images from the August 23 –October 11, 2014 exhibition. Designed for CPA by Takigawa Design, the book also includes statements from the artists and the curator. It may be purchased at the CPA Gallery for $20.00, and may also be previewed and purchased from our online publisher:  MagCloud.