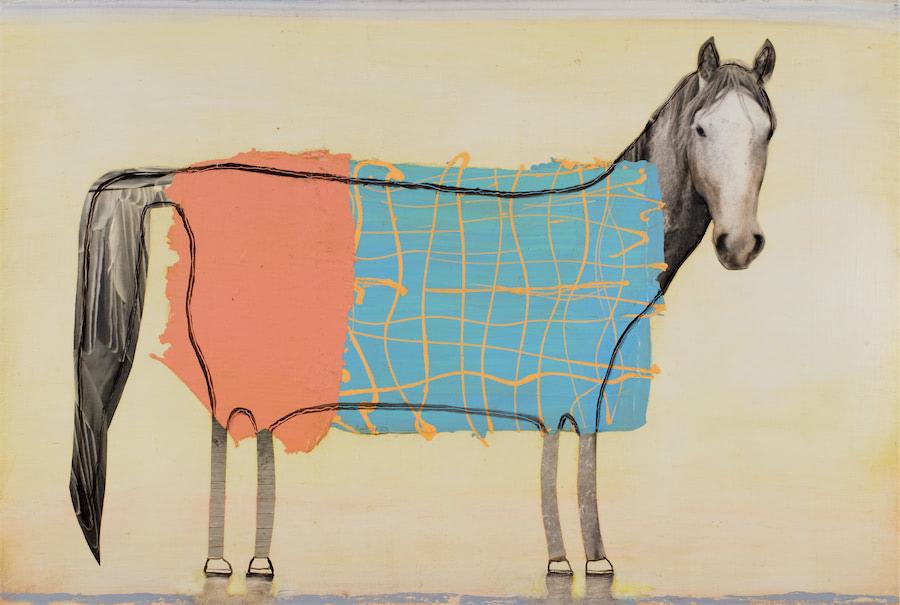 Please join us for this special opportunity to hear acclaimed artist, Holly Roberts, speak virtually about her incredible career. Holly Roberts will share her work from the past four decades and discuss how her process and projects have evolved during that time. Not to be missed!

Sign up and secure your spot below before 6:00pm August 16. Space is limited. We will meet through Zoom conferencing and a URL will be sent to those who register the evening before. 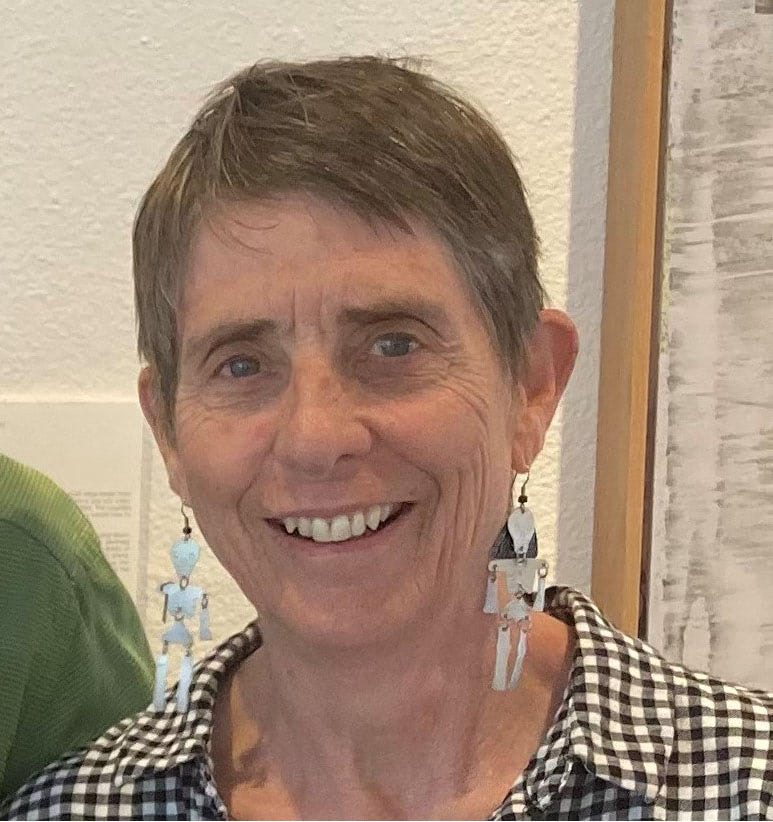 Bio
Holly Roberts’ first national exposure came in 1989 with the publication of the monograph, Holly Roberts, from the Untitled Series published by the Friends of Photography. Although her work has always been based on the photograph, it was the inclusion of paint that made it so distinct. As David Featherstone says in his introduction, “Roberts is a painter, yet it is the photograph underlying the paint, even when it can scarcely be seen, that gives the work its intriguing, mysterious power. Drawing from the iconography of primitive art, particularly that of the Native American, Mexican and Hispanic cultures of the Southwest, where she lives, she creates paintings that address a broad range of human emotions. While it is Roberts’ evolving interaction with the photograph that takes her to her finished work, it is the existence of the underlying photographic image—even when it is obscured by paint—that gives the work its powerful qualities and sets up the emotional challenge for the viewer”.

As Mary Statzer, Curator of Prints and Photographs at the University of New Mexico Art Museum says, “Holly Roberts contribution to the field of photography is without question. Her work has been added to the canon of experimental “creative” photography in authoritative books on the subject for good reason. Few artists have so successfully combined photography and painting–seamlessly and to great effect–placing the imagined and the “real” on equal footing to describe both lived experiences as well as psychological states and emotion.

Her work has continued to evolve, but she has reversed her original process of heavily overpainting the black and white silver print. She now works on top of a painted surface, developing a narrative scene with collaged photographic elements. Where earlier pieces reflected psychological or emotional undercurrents, newer works make use of familiar or iconic stories to address tougher questions about man’s effect on the land and the animals that inhabit it.

Awarded two NEA individual artist’s grants, as well as the Ferguson Grant from the friends of Photography, Roberts work has been shown extensively both internationally and nationally. Nazraeli Press published Holly Roberts: Works 1989-1999, and in 2009 Holly Roberts: Works 2000-2009. The Griffin Museum of Photography in Winchester, Massachusetts published an extensive catalog of her work in 2018 to go with her retrospective at the Museum. A dedicated teacher as well as a prolific artist, she has had a profound effect on a community of artists around the country. She continues to live and work in the Southwest. In 2024, Roberts will have a retrospective at The Museum of Photographic Art in San Diego (MOPA), and is planning a large monograph of her work to accompany the exhibit.

Free Member Tickets: You must be logged in to see the discount AND you must complete the $0 transaction to have your name added to the reservation list. (If you are a member, you will NOT be asked for credit card information). You will receive a confirmation email.