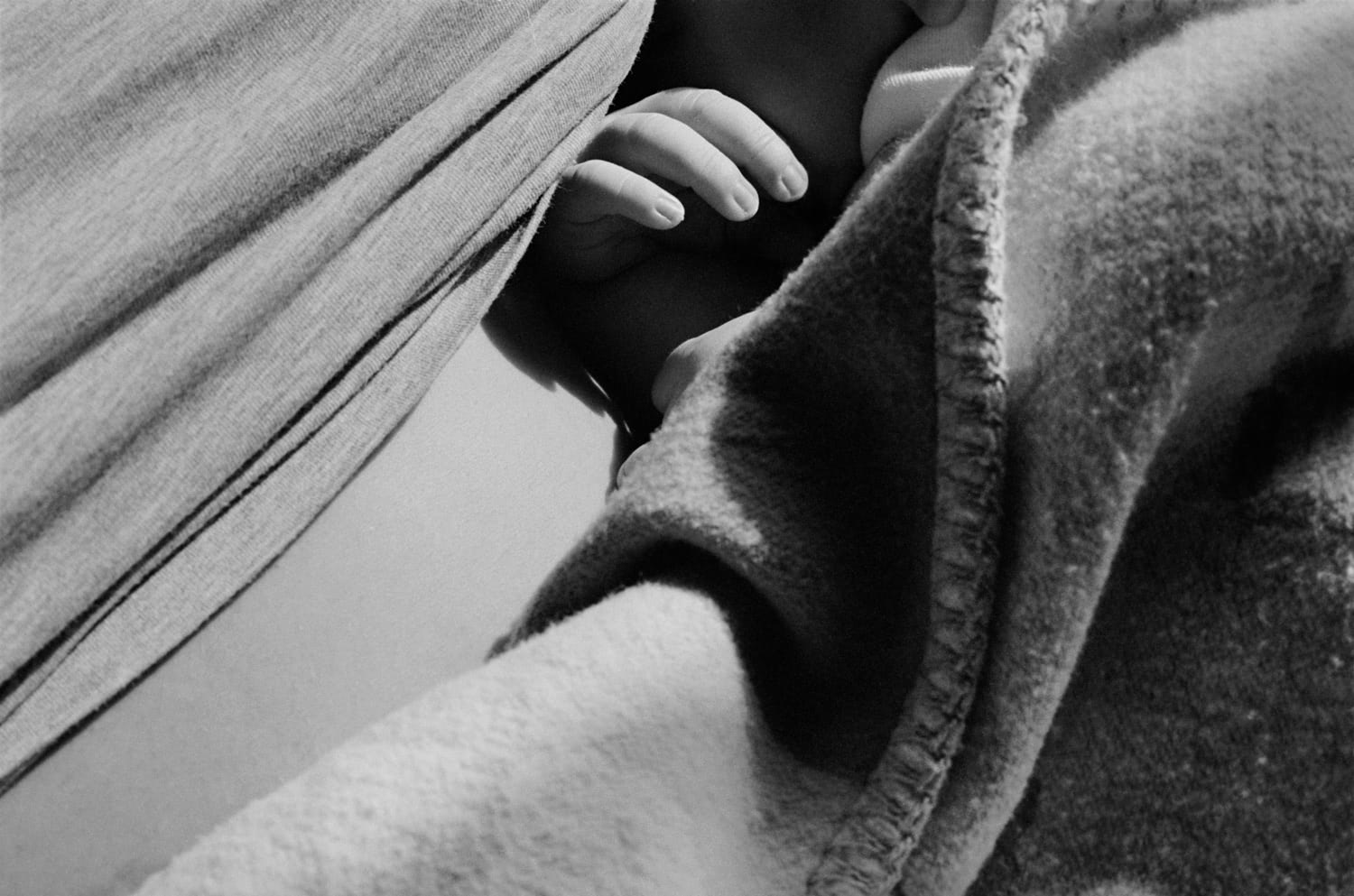 Exhibition: Each One of Us was Fastened to the Other
Josh Smith and Vanessa Woods
Exhibition on View through Saturday, February 12, 2022
Click here to view the recorded virtual opening: Access Passcode: ?6wtp8mz

Each One of Us was Fastened to the Other is a snapshot of our complex experiences of parenthood, which inevitably include surrender and reassessment of identity. It documents our children being born and growing, their evolution and our own. It examines, collects, and reassembles the vestiges of memory and time from these early days. And our collaboration continues. 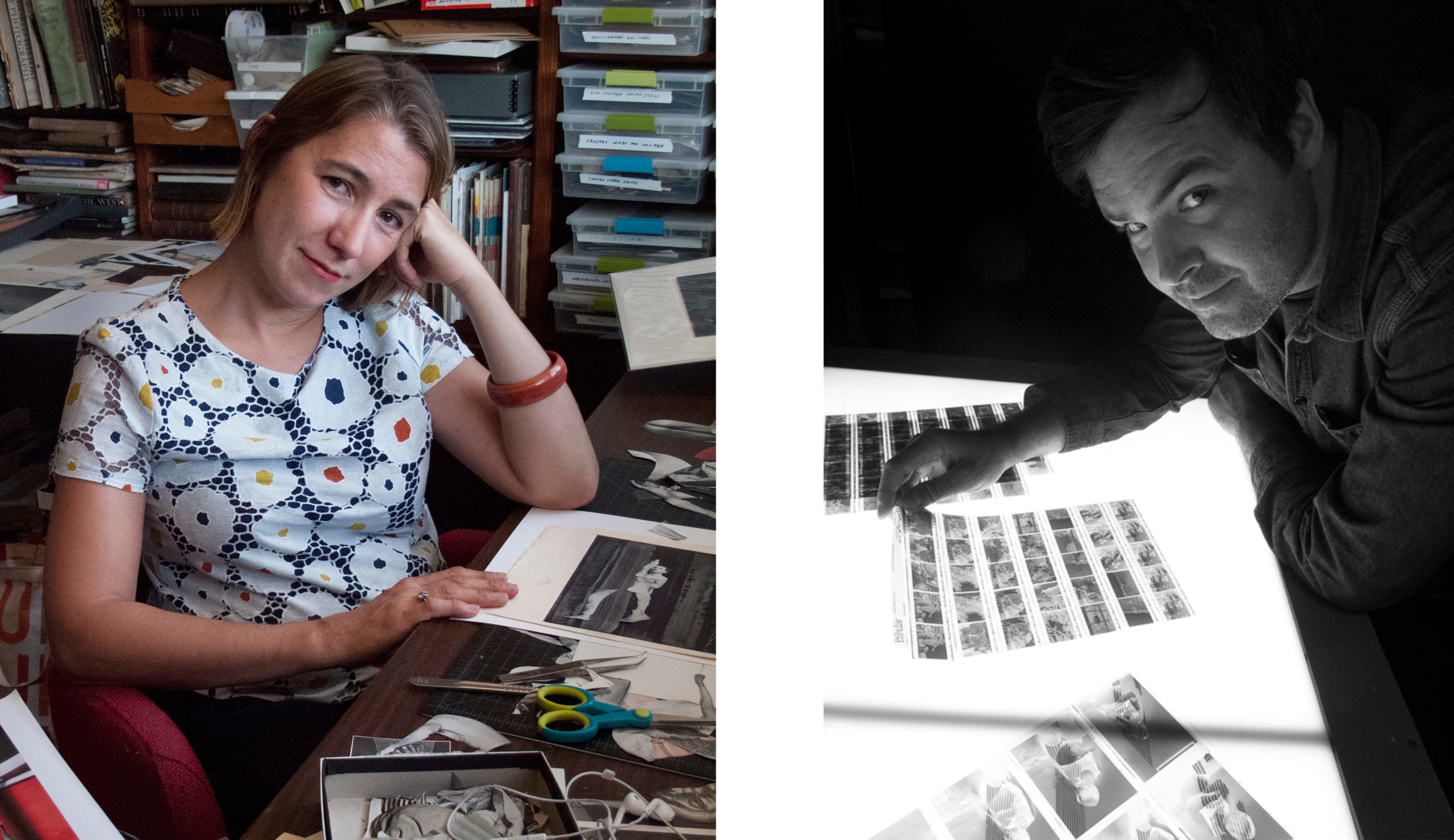 Josh Smith
This work represents an ongoing document of my expanding family. When my wife and I had three children within five years, we experienced a swift change in our family dynamic and had to confront the unknown. The unremitting demands of parenthood contained joy, tenderness, vulnerability, frustration, and fear all at once. The weight of being fully needed by our children afforded us a sense of purpose, but also denied us our autonomy and individuality. As we worked to understand our intricate new roles as parents, our relationship shifted, resulting in a new connection, but also a sense of estrangement. These opposing experiences are echoed in the charged luminance of the photographs. The light reveals and enlivens the surfaces it encounters, while simultaneously acting as a tool of erasure and reorientation. The resulting pictures serve as place markers for intangible moments of elation, fear, and confusion—the dark and the light.

Originally from Springfield, Missouri, Josh Smith earned his M.F.A. in photography from the San Francisco Art Institute, and has been living and working in the Bay Area since 2004. Smith has exhibited widely within the Bay Area and beyond, including Stanford University, Jack Fischer Gallery in San Francisco, and Blue Sky Gallery in Portland, OR. Smith’s most recent body of work, The First Years, is an ongoing investigation of the dynamics of family, describing the emotional extremes that accompanied his experience as a father. A monograph showcasing this work was published by Dark Spring Press in 2019, and more recently, Smith’s images have been featured in Fotofilmic’s JRNL 10, and in Zone magazine. Smith served as a Visiting Faculty Professor at the San Francisco Art Institute, and is currently a photography instructor at Eastside College Prep, and resides in Pacifica, CA with his wife and three children.

Vanessa Woods
Woods’ collages utilize disparate associations to re-imagine and re-contextualize contemporary and historical narratives. The material for her collages comes from a broad range of sources including art history books, photo books, vintage/contemporary magazines, found paper ephemera, and her own photographs. In each piece that she creates, the original image is decontextualized through the act of cutting and it’s meaning re-contextualized through new associations. In Woods’ current body of work, titled Vestiges, she examines the body as both a maker and giver of life. The work explores the changing roles a woman’s body goes through after having children, with an emphasis on physical erasure between bodies.

Woods graduated with an MFA with honors from the San Francisco Art Institute. Her artwork and films have been exhibited internationally including Stanford Art Spaces at Stanford University, The Walker Art Center in Minneapolis, and The Institute of Contemporary Art in San Jose. Woods has been the recipient of numerous awards including a Murphy and Cadogan Fellowship from the SF Arts Commission, a Film Arts Foundation Grant, and the San Francisco Art Institute’s MFA Fellowship. She has also been awarded residencies at Djerassi, the Headlands Center for the Arts, the MacDowell Colony and in Pont-Aven, France, through the Museum of Pont-Aven. Woods is represented by Jack Fischer Gallery in San Francisco. For more information please visit vanessawoods.com