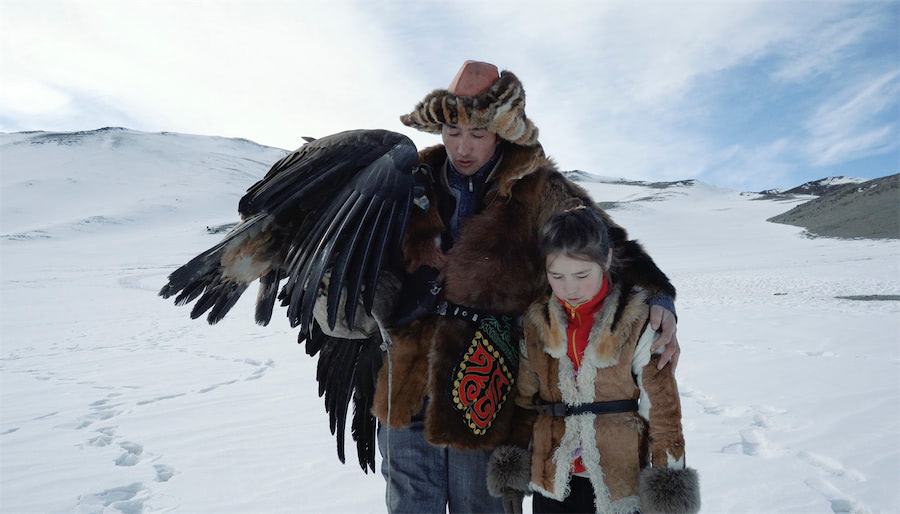 Movie Screening: Aimuldir – Soul of the Burkitshi, a short film by Oliver Klink and Jackson Nichols

Purchase your spot below, space is limited to 30 people!

Mongolia is this vast country, known for its long cold winters and short cool-to-hot summers, its breath-taking sceneries ranging from deserts to the high mountain ranges. It is not uncommon to travel for days and not meet a human being, especially in Western Mongolia, the land of the Kazakh people, the largest ethnic minority in Mongolia. The Kazakhs are nomadic people, with deep traditions of “making things only with the land” and hunting with golden eagles. They are known as “Burkitshi” (eagle hunters). Their tradition, passed on from father to son was on the brink of disappearing, until the young women started to reshape the tradition and brought their Soul to the art of hunting with eagles.
Meet Aimuldir, a 9 year old girl: she is fearless; she loves her eagle and her horse; and she is ready to face adversity to be a Burkitshi.

The film premiered at the Asian Art Museum, San Francisco, to a sold out audience. Michael Scandling said after the screening:”The film, in my view, really is a meditation. You just absorb it and let it absorb you.”

You can find more information about the movie and the trailer here: >

The movie is followed by a discussion with the director (Oliver Klink) and producer (Jackson Nichols). 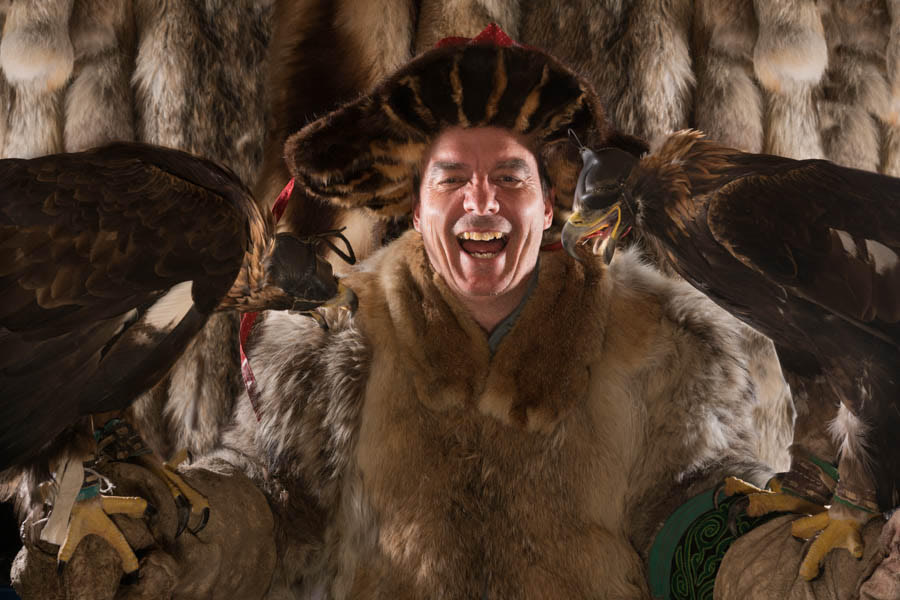 Oliver Klink’s studies in physics and photography were the catalyst for his love of light and the complexity of our existence. As a fine art photographer, he travels the world to capture the intricacy of our ecosystems, our cultural changes, the environments we inhabit, and the insights into our world and ourselves. In 2022, he directed the short film – Aimuldir – Soul of the Burkitshi, which premiered at the Asian Art Museum San Francisco to a sold out crowd. His book, Cultures In Transition, published by True North Edition, won NINE AWARDS for best photography book (IPPY, International Book Awards, PubWest, Mifa, Foreword Indies, PX3, IPA, IBPA). Originally from Switzerland, he currently lives in Los Gatos, CA with his wife. More information about his latest projects can be found at www.culturesintransition.com 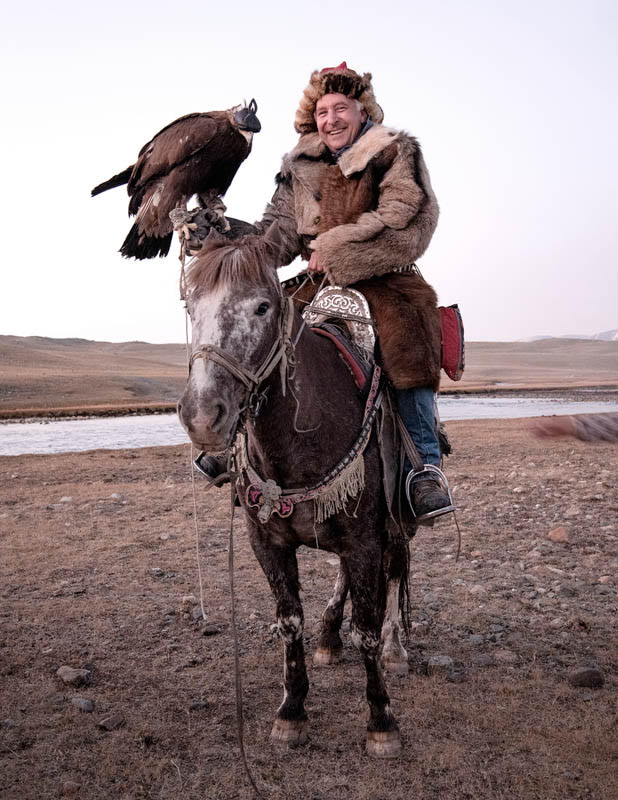 Jackson Nichols has been a Graphic Designer for 30 years, based in the San Francisco Bay Area. He has worked for such companies as Hewlett-Packard, Oracle, and Abbott Diabetes Care, designing and art directing tradeshow exhibitions and sales materials. He is also an avid documentary and fine art photographer and videographer, seeking to reveal the magical moments that transcend the commonplace, defining the character and culture of a story. He recently exhibited his work at the Carnegie Arts Center in Turlock, California, showing 64 black & white photographs as part of his documentary FESTA – A Celebration of Culture and Faith with the 143-page fine art book to accompany the exhibit. He also premiered his new film The Dream documenting the formation of a new Forcado Group, Luso Americanos, in California’s Central Valley. Jackson lives in Fremont, CA with his wife Dianna and their dog Roxy.

Members must be logged in to receive the discount. You will receive a confirmation email.