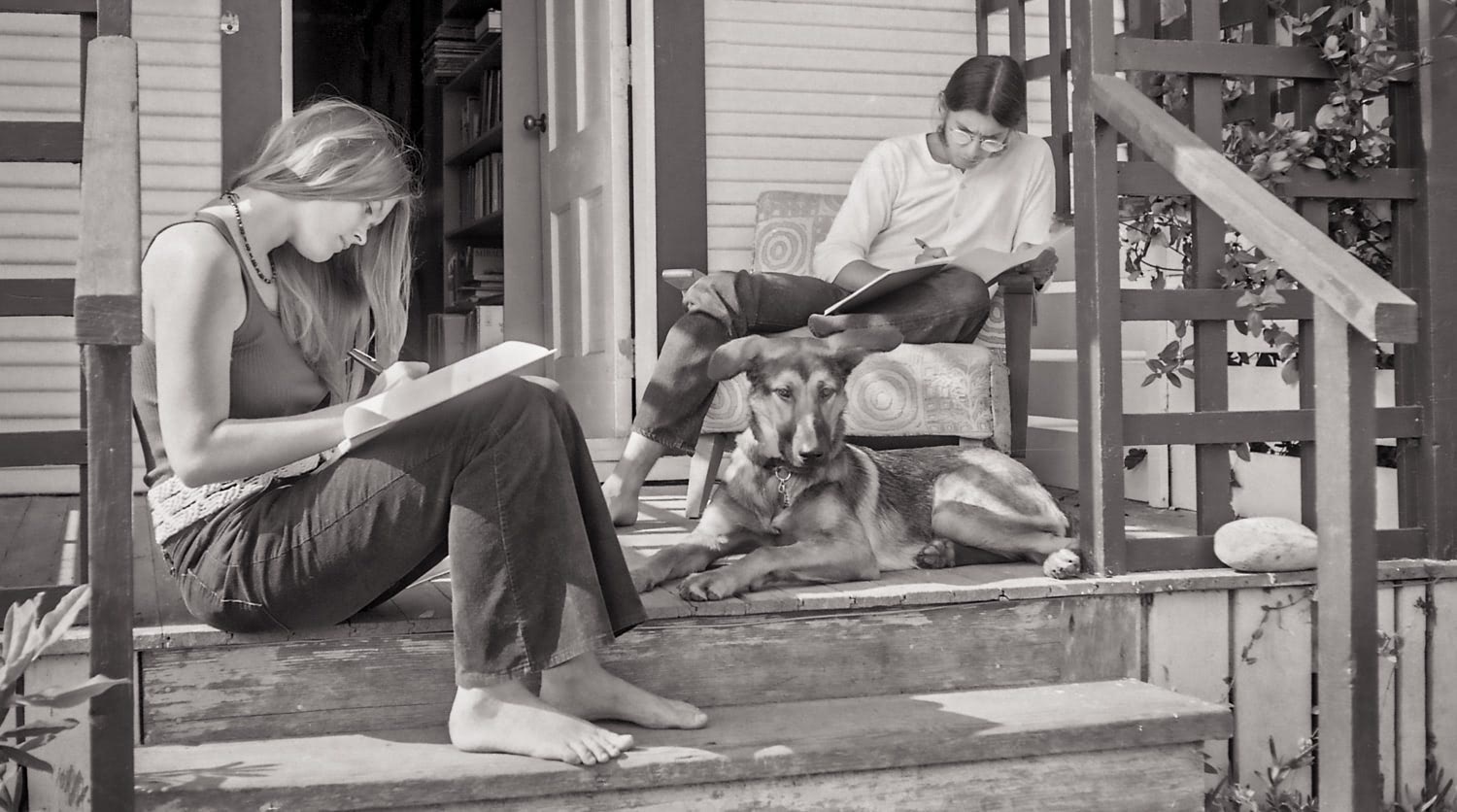 Online Artist Talk and Book Launch: Where the Time Goes

Online Artist Talk and Book Launch:
Where the Time Goes

Diane Jonte-Pace and David Pace
Thursday, September 10, 1:00-2:00pm PST
Free and for CPA Members only. Not a member? Join now >

Sign up and secure your spot below.
We will meet through Zoom conferencing and a URL will be sent the evening before the event to those who register.

This book, Where the Time Goes (Schilt Publishing, 2020) would not exist if David hadn’t come so close to death. In December 2016 he was diagnosed with a rare and aggressive form of lymphoma. The oncologist gave him a thirty percent chance of survival. I didn’t expect him to live. During the months of David’s chemotherapy and radiation I turned to a long-postponed project: arranging the unlabeled and unsorted photographs that David and I had taken during the five decades of our relationship. Organizing these prints and slides allowed us to reflect on our shared past and gave us an opportunity to mourn the losses we anticipated. The project led to the collection of photographs in this book, weaving a story that crosses continents and spans decades, a story of youth and aging, illness and hope.

The project also led us to reflect on how family photos have been made, stored, and viewed – and how they construct memories and create narratives. Technically and stylistically, this book incorporates most of the forms of photography available over the last five decades: we used 35mm single-lens reflex cameras, Brownie Hawkeyes, Polaroids and single-use throw-away cameras, professional cameras like the Pentax 6×7, Sinar 4×5, Deardorff 8×10, full frame digital Canons, and, more recently, iPhones. Our photos were stored and viewed in albums, slide carousels, shoe boxes, hard drives, and, more recently, social media platforms. The story told by these photographs is not just our story: it’s a story of how a post-war generation turned the camera upon itself, how photography creates and constructs memory, and how we reflect, through photography, on youth, aging, illness and change. 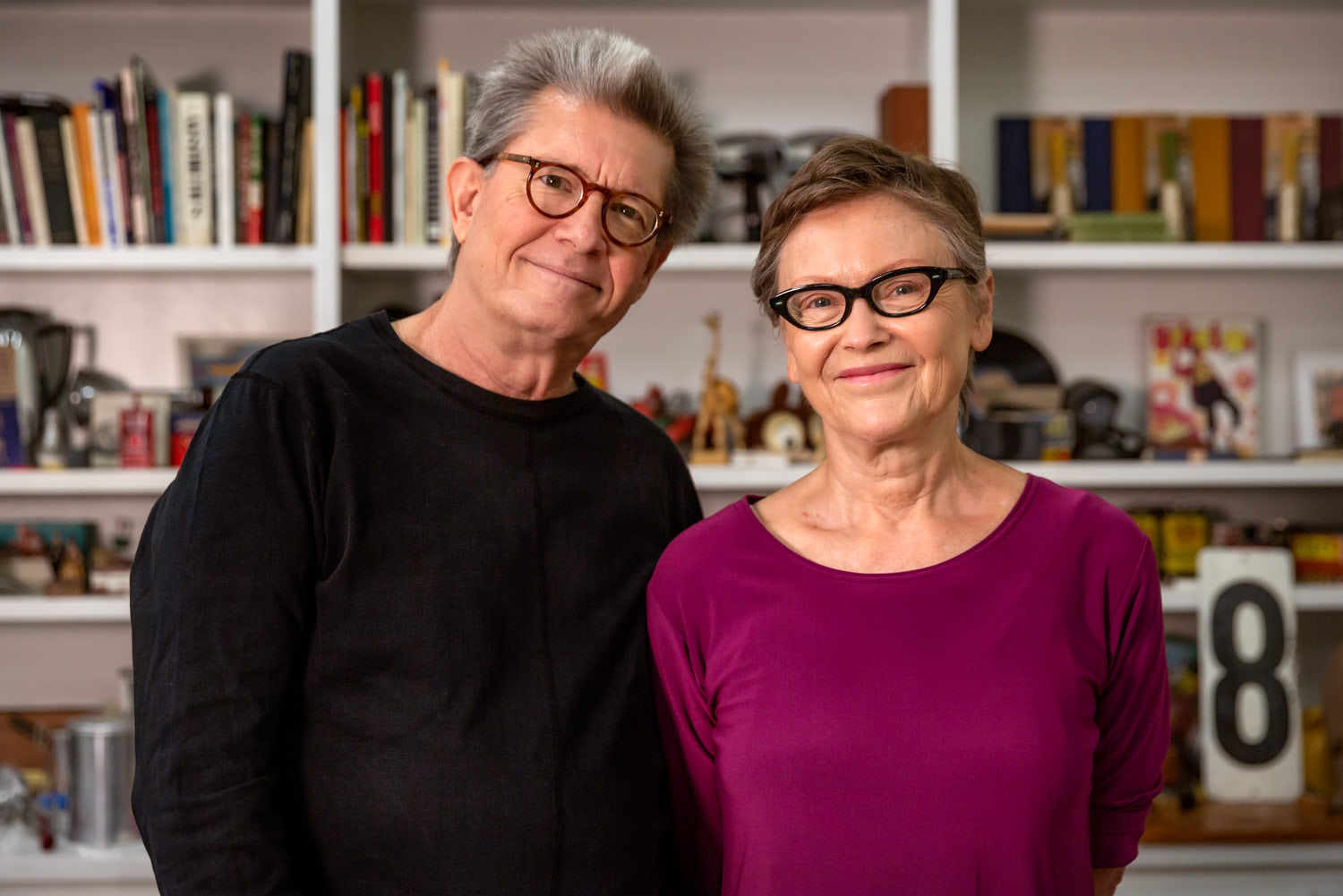 Bios:
Diane Jonte-Pace and David Pace have been photographing each other since the early 1970s. Diane is a retired professor, scholar, and administrative leader. She served as Senior Vice Provost for Academic Affairs at Santa Clara University, supervising curriculum, faculty, and academic programs. She taught in the Department of Religious Studies, offering courses on feminist theology and the psychology of religion. Her publications focus on psychoanalytic perspectives on religion, gender, and culture, and on effective practices in higher education. She is author or editor of several books, including Speaking the Unspeakable: Religion, Misogyny, and the Uncanny Mother in Freud’s Cultural Texts (2001), and Mourning Religion (2008).

David is a San Francisco Bay Area photographer, filmmaker, and curator. He received his MFA from San Jose State University in 1991. He taught photography for 25 years at San Jose State University, San Francisco State University and Santa Clara University, where he served as Resident Director of SCU’s study abroad program in West Africa from 2009 – 2013. His work has been published and exhibited internationally. He has had numerous solo exhibitions, including “Burkina Faso Today” at the Center for Photographic Art in 2016.  His photographic work from Africa was included in the 2019 Venice Biennale. His book Images In Transition, a collaboration with gallerist Stephen Wirtz, was published in the spring of 2019 by Schilt Publishing. Diane and David have two daughters, four grandchildren, and many cameras.