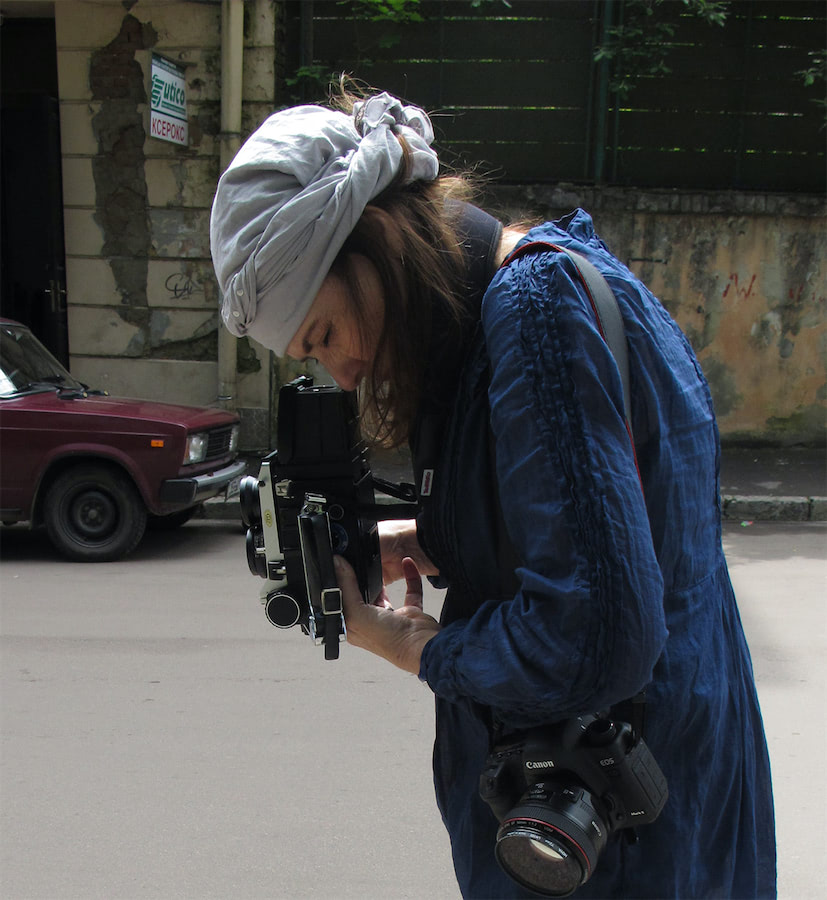 Sign up and secure your spot below before 5:00pm December 2. Space is limited.We will meet through Zoom conferencing and a URL will be sent to those who register the evening before.

Loli Kantor will speak about her early work as a self-taught photographer documenting the performing arts, her long-term, personally motivated project about Jewish life in East-Central Europe today, and her most recent autobiographical work-in-progress. She will touch upon her considerations and choices with each project as well as the challenges she is facing with her current project which uses found archival materials. She will also discuss the journey to getting her monograph published.

Bio
Loli Kantor is an Israeli-American photo-artist and documentarian whose work centers on personal, community, and cultural memory. Her works are long-term projects with a depth of content and context. Her most recent completed project centered on Jewish presence and cultural renewal in East-Central Europe, focused mostly on Poland and western Ukraine. As a daughter of Holocaust survivors, her work is deeply personal yet objectively speaks about current events. The project was published as a monograph entitled Beyond the Forest, Jewish Presence in Eastern Europe by the University of Texas Press in 2014. This followed on a previously self-published artist’s book from 2009, There Was a Forest: Jewish Life in Eastern Europe Today, 2005-2008. Kantor is a widely exhibited artist in the United States and internationally. Her work is included in museum collections including The Museum of Fine Arts (Houston, TX), Galicia Jewish Museum (Krakow, Poland), Lishui Museum of Photography (Lishui, China), Lviv National Museum (Lviv, Ukraine). Kantor’s work has garnered critical acclaim in such publications as The New Yorker, The Boston Globe, Dallas Morning News, LENSCRATCH, LensWork, as well as Public Radio International. She has been awarded numerous accolades including Top 50 at Critical Mass, Photolucida (2010) and the Award of Excellence at Lishui International Photography Festival (2009). Kantor was born in Paris, France, and raised in Tel Aviv, Israel. She immigrated to the United States in 1984 and has since lived in Fort Worth, Texas. To see more of Loli’s work, visit her website >