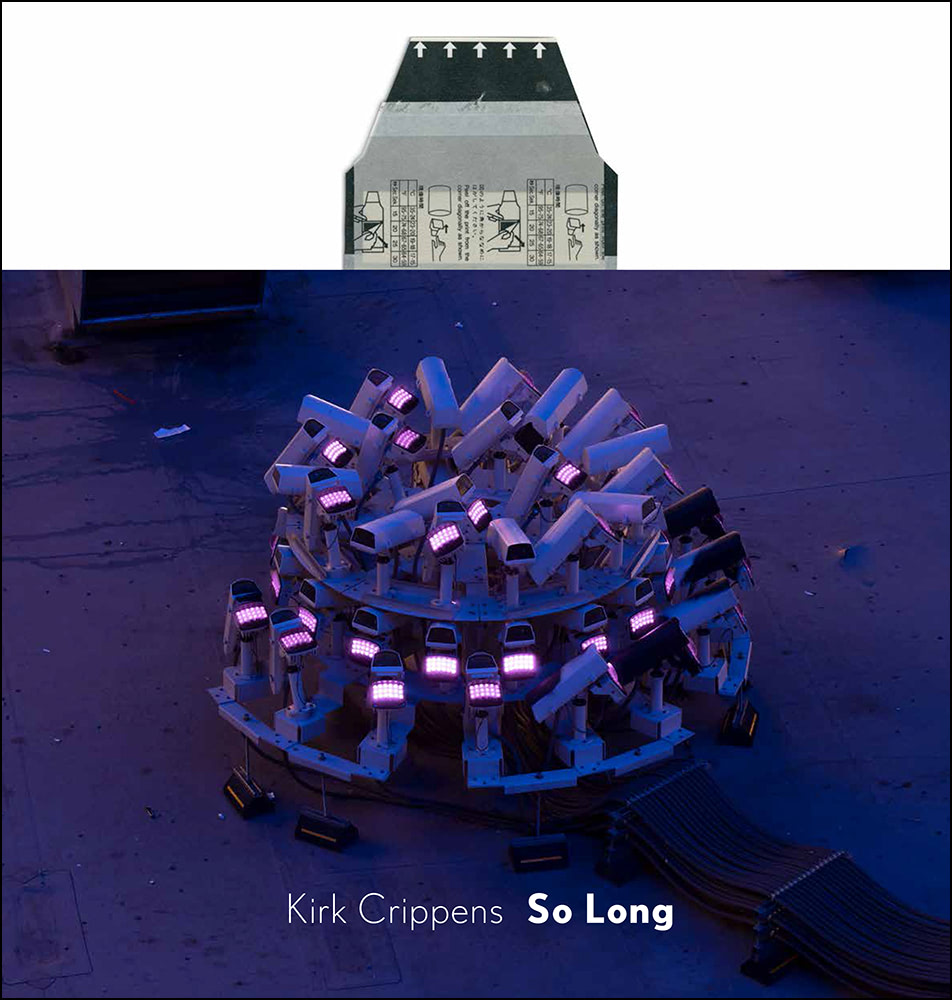 Sign up and secure your spot below before 6:00pm December 1. Space is limited.
We will meet through Zoom conferencing and a URL will be sent to those who register the evening before.

Please join photographer Kirk Crippens, publisher Maarten Schilt of Schilt Publishing, and designer Victor Levie, as they share pictures from and discuss the most recent monograph by Kirk Crippens. So Long is a meditation influenced by the pandemic, not purely about it. Kirk Crippens began creating photographs for this project on March 17, 2020, the day the San Francisco Bay Area, where he lives, went into quarantine. The last photograph was made on May 22, 2021; a lot had changed. To order your copy of the book, please visit Schilt Publishing’s website >

Bios
Kirk Crippens
Based in the San Francisco Bay Area, Kirk Crippens has been photographing since he was a child. Crippens began exhibiting in the United States in 2008, and internationally in 2011. In addition to other institutions and collections, his prints are held by the Museum of Fine Arts Houston, Houston, Texas; the Smithsonian Institution, Washington D.C.; Crystal Bridges Museum of American Art, Bentonville, Arkansas and the Oakland Museum of Art, Oakland, California. In addition to many others, his work has been shown in the National Portrait Gallery, London; Stanford University, Palo Alto, California; the Datz Museum, Gwangju, South Korea; the National Portrait Gallery, Scotland; and Pingyao International Photo Festival, Pingyao, China, where he exhibited in 2012 and 2015 and began his curatorial career in 2016. His first book, Live Burls, was published in 2017 by Schilt Publishing. His second book, Going South – Big Sur, released in 2019, was also published by Schilt. His third monograph, So Long, has just been released in the fall of 2021, also published by Schilt. His photographs are represented in the United Stated by the SFMOMA Artists Gallery and in Europe by Schilt Gallery, Amsterdam.

Ingram Publisher Services distributes our books in North America and Thames & Hudson is taking care of that in all other countries of the world.

In 2014 Schilt Gallery opened its doors, a logical next step which provides an even broader basis in the international photography world. Since then dozens of shows were made with emerging as well as acclaimed photographers from all over the world.

In 2017 we decided to merge our publishing house and gallery into one company: Schilt Publishing & Gallery.

Victor Levie
Victor is the Graphic and Exhibition designer (since 1979) for the main musea (Rijksmuseum, van Gogh Museum, Jewish Historical Museum amongst others) in the Netherlands. He is also a book designer for many different projects (Literature, Education and Art) and has been a Professor (part-time) at the Gerrit Rietveld Academie from 1985 – 1994 (Photography and Graphic design departments) as well as the Chair of their Graphic Design department from 1995 to 2000. During that time also guest lecturer at VCU, Richmond (VA).

Since 2002 he has been running the bureau for Graphic and Exhibition Design, LevievanderMeer, together with his wife Marit van der Meer.

Apart from the musea, the different publishing houses and education, Victor has worked for the last 30 years together with Maarten Schilt and the photographers he publishes on making their publications and monographs.

Free Member Tickets: You must be logged in to see the discount AND you must complete the $0 transaction to have your name added to the reservation list. If you are a member, you will NOT be asked for credit card information. Members PLEASE, be careful and select only 1 spot when signing up, space is limited. You will receive a confirmation email.