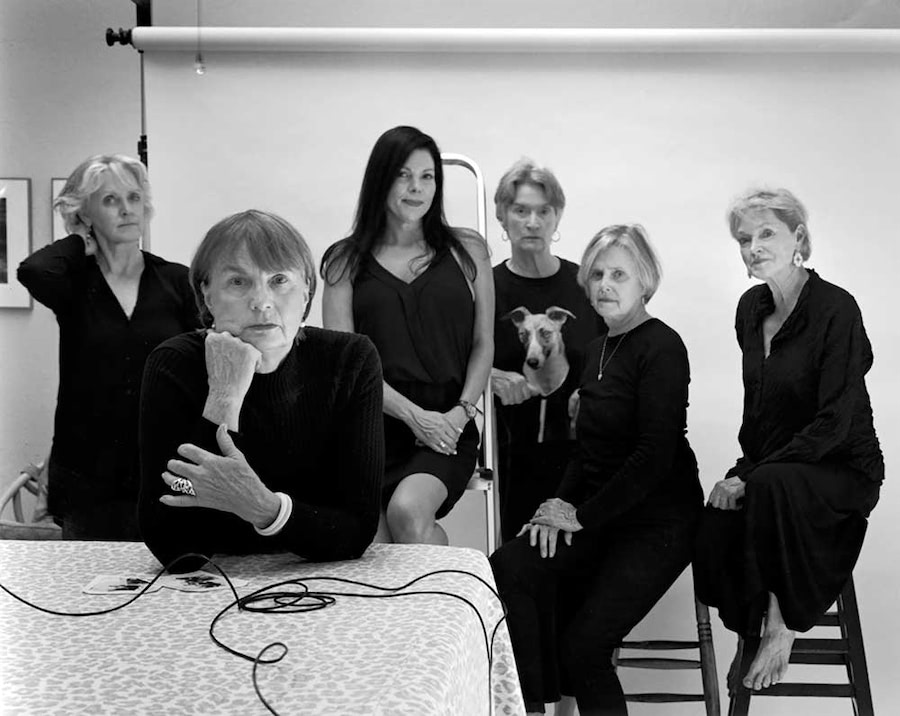 Salon Jane: Present Tense
Exhibition on view: February 27 – April 3, 2021
Virtual Opening and Artists Talk: Saturday, February 27, 4:00 – 6:00pm
For those of you use missed signing up, we will be live streaming via Facebook live at this link >

Exhibition catalogs may be purchased at the gallery or online here >

Imagine creating art for an exhibit and an existential crisis occurs in the middle of your effort. A crisis that extends for an unknown amount of time, with your exhibit landing in the middle of it. How would your creative life be affected? Would you change your focus? Would you create more feverishly or remain frozen on the couch? What kind of emotions would influence your output? Would the situation change your perspective and seeing? The answers to these questions might be found in the work of the Salon Jane artists exhibited in Present Tense.

This exhibition is the result of each artist’s intention to create their deepest work during an unsettling time, when time itself has felt uncertain. Some of the work is a response to the pandemic. Some of it is a response to ecological crises. And some of it isn’t consciously related to crisis but reflects the artist’s emotional state during an unfamiliar state of being. Themes of isolation, decline and uncertainty are balanced by connection, transcendence, emergence, and beauty. We look into ourselves and our world and this is how we of Salon Jane have each made sense of it all.

About Salon Jane
The six members of Salon Jane came together in 2014 for feedback and inspiration about their work and over time they formed a bond that facilitated a safe atmosphere for risk taking and creative evolution. Instead of their pre-pandemic quarterly meetings in artist homes, they now Zoom once a month to share work and conduct business.

Salon Jane quickly evolved into a group of exhibiting artists. Their first exhibition was at Green Chalk Gallery in Monterey in 2015 and was followed by three unique exhibitions through 2017. In 2018 Salon Jane became a vital part of the Monterey Museum of Art’s Year of the Woman with their exhibition, The Ethereal Zone. As Stuart Chase, MMA’s former Executive Director, states, “Salon Jane’s work is a beautiful demonstration of California’s vibrant spirit. These women have created a dynamic grouping of diverse imagery and a strong intellectual and critical support system. It propels photographic art into the future and sparks creativity in all of us.”

Martha Casanave
Martha Casanave graduated from the Monterey Institute of International Studies with a degree in Russian Language and Literature and began her working life as a translator in Washington, DC. She later changed her career to photography, which she had engaged in passionately since childhood. From 1984 – 1995 she combined her expertise in Russian and photography by organizing tours for American photographers to meet their counterparts in the Soviet Union. She subsequently received travel grants from Polaroid and Agfa Corporations to work on projects in the USSR and to participate there in photographic symposia.

She has been an exhibiting and working photographer and educator for over forty years. Throughout the 70s and 80s, she taught many workshops and master classes in the U.S. and abroad. Since 1992, she has taught photography (Beginning, Intermediate, Alternative Processes, Portraiture, History of Photography) at Monterey Peninsula College and at Cabrillo College, Santa Cruz.

She was awarded the Imogen Cunningham Photography Award (1979) and also was a 1989 recipient of the Koret Israel Prize. Her publications include: Past Lives—Photographs by Martha Casanave (Godine, 1991); Beware of Dog, (Center for Photographic Art, 2002); Explorations Along an Imaginary Coastline, (Hudson Hills Press, 2006); and Trajectories, A Half Century of Portraits, (Image Continuum Press 2014).

Casanave’s photographs are included in many major collections, such as the Boston Museum of Fine Arts, the Art Institute of Chicago, Cantor Center for Visual Arts at Stanford University, the Bibliotheque Nationale, the J. Paul Getty Museum, and the Graham Nash private collection.
Visit Martha’s website >

Susan Hyde Greene
As I became aware that the history of art is the history of people, I saw the possibility of bringing people together through the language of art. Following the tradition of women using stitches to mend and heal, I use stitches to remind us of the fragile nature of the world around me.

I have been the fortunate recipient of several awards and grants, including a University of Utah Graduate Research Fellowship Award, Marin Arts Council Individual artists grant for photography and First Place in the 2013 and 2015 Carmel, CA Center for Photographic Art International Juried Exhibition as well as small grants for special exhibitions and programs.

Works are included in private and public collections including The Monterey Museum of Art, Monterey, CA; Smith Andersen North, San Anselmo, CA; Adobe Systems; The Institute of Health and Healing Pacific Medical Center, San Francisco, CA; The Victoria and Albert Museum, London, UK; as well as University of Utah and the University of Hawaii.

Following completion of a Master of Science Special Education I taught art throughout Marin County, CA, founding Very Special Arts Marin with Youth in Arts as well as Art Pals, an intergenerational arts program. Other teaching include the University of Utah, Santa Clara University and Napa Valley College. As an Access Advisor for the Fine Arts Museums of San Francisco, I led Art Lovers workshops inspired by current exhibitions from 1995-2015.
Visit Susan’s website >

Jane Olin
Jane Olin is an award-winning fine art photographer based in California’s Monterey Bay. Working for over 30 years in the epicenter of the West Coast photography movement, Olin originally learned straight photography in the style of the historic Group f/64 directly from students of Ansel Adams.

Drawn to Japanese aesthetics and Zen Buddhism, Olin’s images originate from deeply intuitive experiences. She works in series of related images, a method that allows for extended explorations of her subject.

Known for her experimental camera and printing techniques, Olin pushes the boundaries of analog photography by manipulating solutions on exposed gelatin silver paper. These one-of-a-kind silver gelatin images are then enlarged and printed using the digital process.

Olin’s photography has been exhibited and collected by museums and individual collectors. Her artwork has also received numerous jurors’ awards.
Visit Jane’s website >

Robin V. Robinson
In her ongoing series In the Liminal, Robin V. Robinson brings perspective to our current state of being by exploring deep time and the origins of the Earth, and by asking the question “Why are we here?” Photographing underwater for the past 32 years, she dives into the ocean and brings back images from our oldest ancestral realm. She studied with West Coast photography mentors and employs her darkroom chops in alternative processes. Her studies of engineering, music, and depth psychology contribute  profoundly to her way of seeing. Robin’s work is shown internationally and is in the permanent collections of the Monterey Museum of Art, the National Mariners’ Museum, and the Bibliotheque Nationale de France, among others. Visit Robin’s website >

Robin Ward
Robin Ward is a photographer and visual artist based in San Diego, California. In her series Echoes from a Future Past, she creates airy, rhythmic mindscapes, blending original photographs of nature, architecture and artifacts. Her practice fuses photography, digital compositing, videography and animation. She explores themes of perception and transformation emphasizing our unison with the natural world. International Color Awards, International Photography Awards, Color Magazine and Black and White Spider Awards have recognized her work. Robin has exhibited in numerous galleries and museums including Art Intersection, Monterey Museum of Art and Triton Museum of Art. Visit Robin’s website >

Tickets are no longer available.