This year’s selection committee, which included Richard Gadd, Lewis Watts, Nancy Sevier, and Ann Jastrab,  looked at nearly 200 excellent applications to the 2022 CPA Artist Grants. After much consideration, we finally decided to award grants to 5 artists. Three of these grants are $5000 exhibition award grants, including our inaugural landscape grant, and two of these grants are $3500 project support grants. The exhibition grantees will present their work in the spring of 2023. We are honored and excited to be able to support multiple artists again this year. Please read on to learn about this year’s grantees and their projects. Congratulations to the 2022 CPA Artist Grant Recipients! 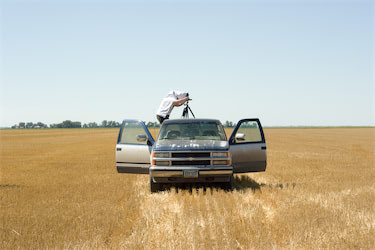 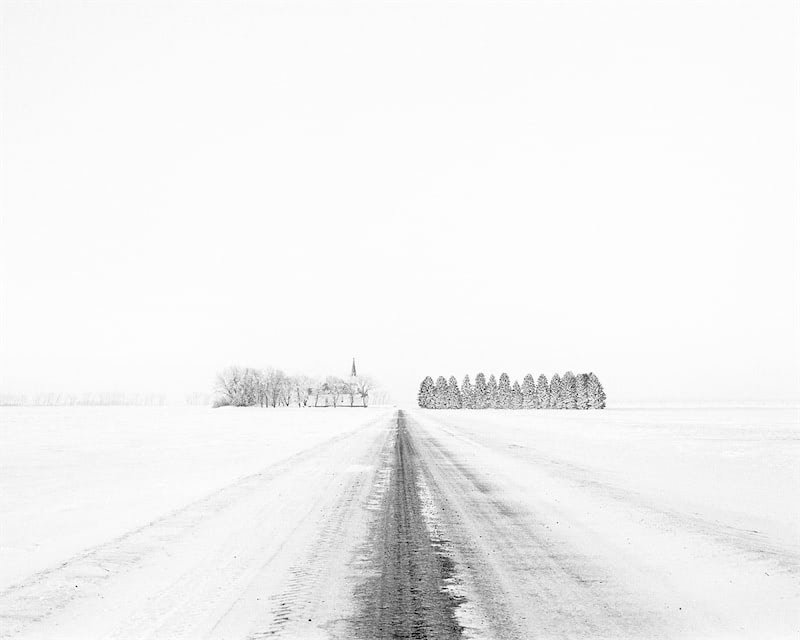 Sarah Christianson (b. 1982) grew up on a four-generation family farm in the heart of eastern North Dakota’s Red River Valley (an hour north of Fargo). Immersed in that vast expanse of the Great Plains, she developed a strong affinity for its landscape. This connection to place has had a profound effect on her work: despite moving to the San Francisco Bay Area in 2009, she continues to document the subtleties and nuances of the Midwestern landscape and experience through long-term projects.

Christianson earned an MFA in photography from the University of Minnesota in 2009.  Since 2011, she has been an adjunct photography instructor at City College of San Francisco.  Her work has been exhibited internationally and can be found in the collections of Duke University, the National Museum of Photography in Copenhagen, and several institutions in the Midwest. She has received grants from the San Francisco Arts Commission and the Center for Cultural Innovation. Christianson’s first book, Homeplace (Daylight Books 2013), documents the history and uncertain future of her family’s farm by interweaving her images with old snapshots and historical documents selected from her personal archive. Her ongoing project, When the Landscape is Quiet Again, examines the oil boom occurring in western North Dakota. Throughout her work, she uses her personal experiences and connection to the land to evoke a strong sense of place, history, and time. 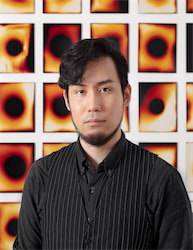 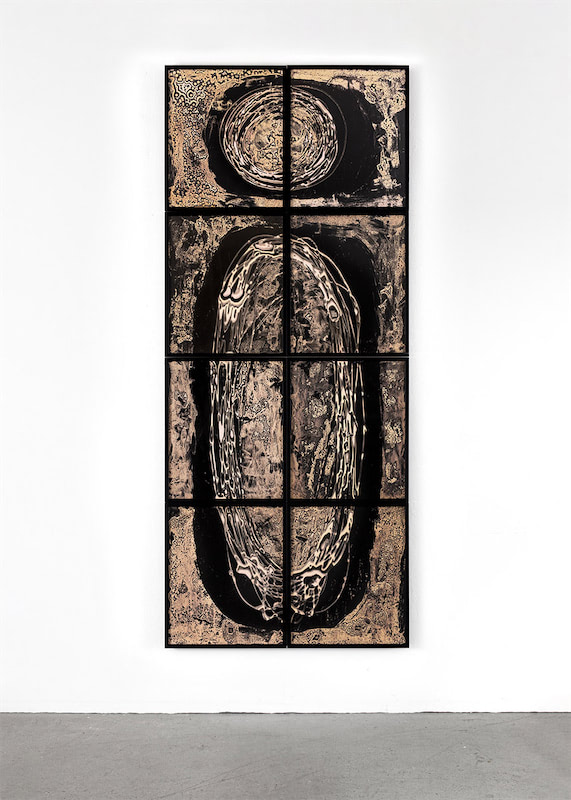 Kei Ito is a visual artist working primarily with camera-less photography and installation art who is currently teaching at the International Center of Photography (ICP) in NYC. Ito received his BFA from Rochester Institute of Technology followed by his MFA from Maryland Institute College of Art.

Ito’s work addresses issues of deep intergenerational loss and connections as he explores the materiality and experimental processes of photography. Ito’s work, fundamentally rooted in the trauma and legacy passed down from his late grandfather – a survivor of the atomic bombing of Hiroshima, meditates on the complexity of his identity and heritage through examining the past, current trajectories, and visualizing the invisible such as radiation, memory and life/death.

By excavating and uncovering hidden histories connected to his own, Ito utilizes his generational past to use as a case study for contemporary and future events. Many of Ito’s artworks transforms both art and non-art spaces into temporal monuments that became platforms for the audience to explore social issues and the memorials dedicated to the losses suffered from the consequences of those issues. Within these intertwined pasts, Ito shines a light on power and its relationship to larger global issues that often led to and result in both war and peace alike.

Ito has participated in a number of Artist in Residence programs nationwide including the Studio at MASS MoCA(2021), the Denis Roussel Fellowship at the Center for Fine Art Photography (2021), and the Center for Photography at Woodstock (2019).  His internationally recognized solo and group exhibitions can be read in reviews and articles published by the Washington Post, Hyperallergic, BmoreArt, ArtMaze Magazine, and BBC Culture & Art. His works are included in major institutional collections such as the Museum of Contemporary Photography, Norton Museum of Art, Chroma at California Institute of Integral Studies, and the Candela Collection. 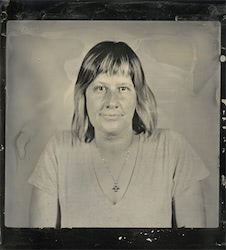 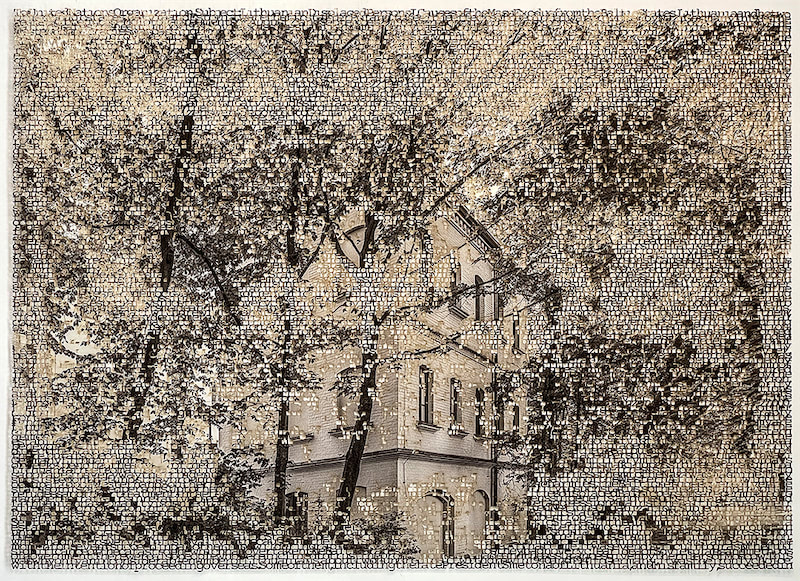 Krista Svalbonas holds a BFA in Photography and an MFA in Interdisciplinary studies. Her work has been displayed in a number of exhibitions including at the Utah Museum of Contemporary Art, Spartanburg Art Museum in South Carolina, Howard Yezerski Gallery in Boston, Klompching Gallery and ISE Cultural Foundation in New York.  Her work has been collected by the Cesis Art Museum in Latvia, the Woodmere Art museum in Philadelphia, Gregg Museum of Art & Design in North Carolina, as well as a number of private collections. Recent awards include a Baumanis Creative Projects Grant (2020), Rhonda Wilson Award (2017), Puffin Foundation Grant (2016) and a Bemis Fellowship (2015) among others. In 2022, Svalbonas will exhibit solo exhibitions of her Displacement series at the Copenhagen photo festival and the Linnamuuseum in Tallinn Estonia. She is an associate professor of photography at St. Joseph’s University. She lives and works in Philadelphia. To see more of Krista’s work, please visit her website: http://www.kristasvalbonas.com/ 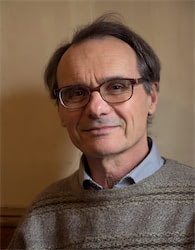 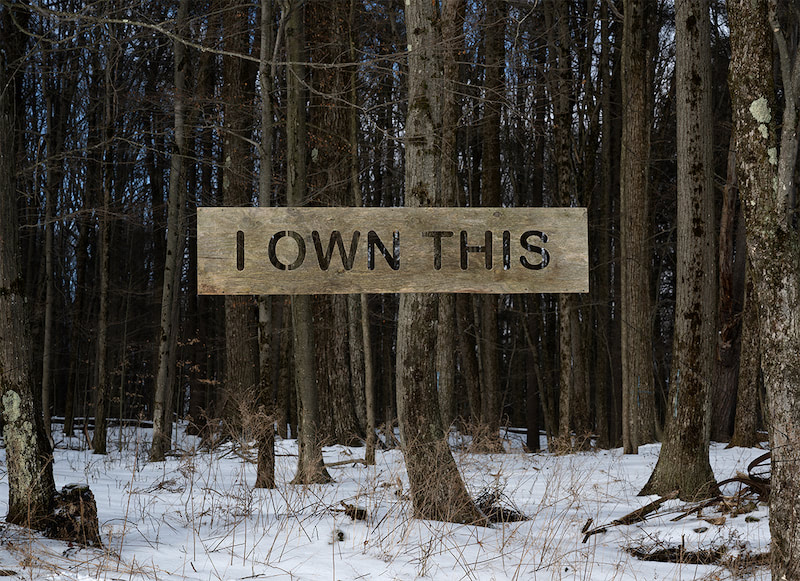 Ben Altman (b. 1953) trained as an artist by studying Physics, towing icebergs, racing sailboats, and working in commercial photography. A naturalized U.S. citizen of British origin, his work responds to episodes of mass violence and what it means to inherit such histories.

In 2019 Altman was awarded a John Simon Guggenheim Memorial Fellowship, an Individual Artist Grant from the New York State Council on the Arts and a New York Foundation for the Arts NYSCA/NYFA Fellowship. Other awards include the Houston Center for Photography’s 2015 Fellowship and the 2015 Critical Mass Top 50. He has exhibited widely. To see more of Ben’s work, please visit his website: https://www.benaltman.net/ 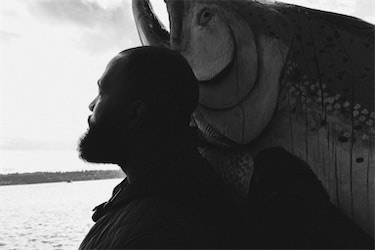 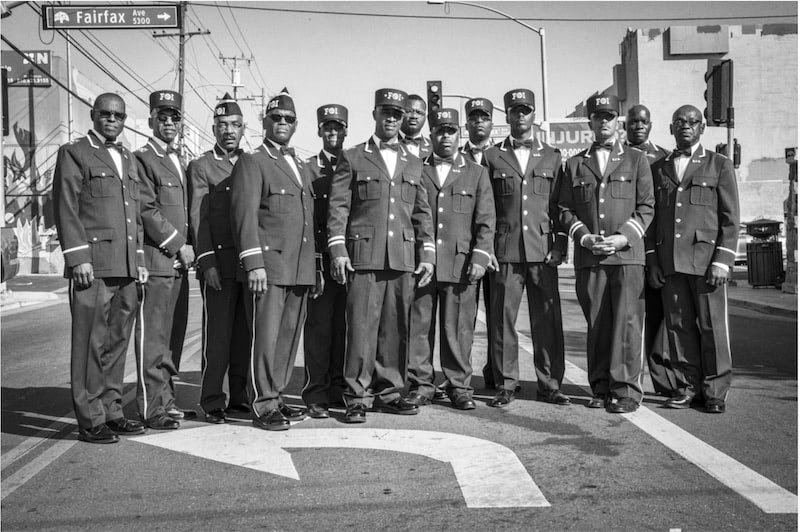 Amir Saadiq’s practice focuses on challenging social norms and representation while exploring the intersectionality of economics, politics, activism and Blackness. As a Black man, he has seen the generational effects of systematic oppression. As a visual artist, he was struck by how many images depicted of his community were taken by interlopers. This led Amir to create the image, The American Dream, to counter mainstream tropes dictated by Western Epistemology. His work aims to diversify the traditional canon of photography by using images to spark culturally relevant conversations.

Amir Saadiq is currently a graduate student at UC San Diego. To see more of his work, please visit his website: https://asaadiq.com/ 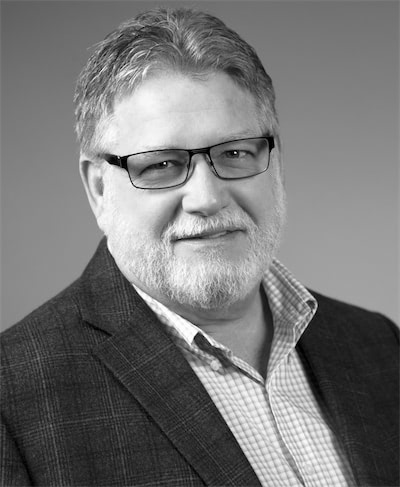 Richard W. Gadd is the director of the Weston Gallery in California and also a well-known photography curator and photography consultant.

Richard bought his first daguerreotype when he was taking a history of photography class at the University of Dayton and has been hooked on photography since. His passion encompasses all things photographic. He began his career in the arts at the Dayton Art Institute before moving to San Francisco. In his current role as Director of the Weston Gallery, Richard works with individuals and institutions to identify rare vintage and contemporary artwork that enhances their collections.

An occasional lecturer and presenter, he was a guest speaker at Stanford University Special Collections Library as part of the Preservation Lecture Series. He was invited by Fondazione Fotografia in Modena, Italy to deliver a talk about their Ansel Adams exhibition. He has judged numerous photography competitions including the Budapest International Foto Awards, exhibitions for The Center for Photographic Art (Carmel, CA), and was a member of the Jury Panel for Silvershotz: The International Journal of Contemporary Photography. Previously, Richard was the Executive Director and Photography Curator for the Monterey Museum of Art. 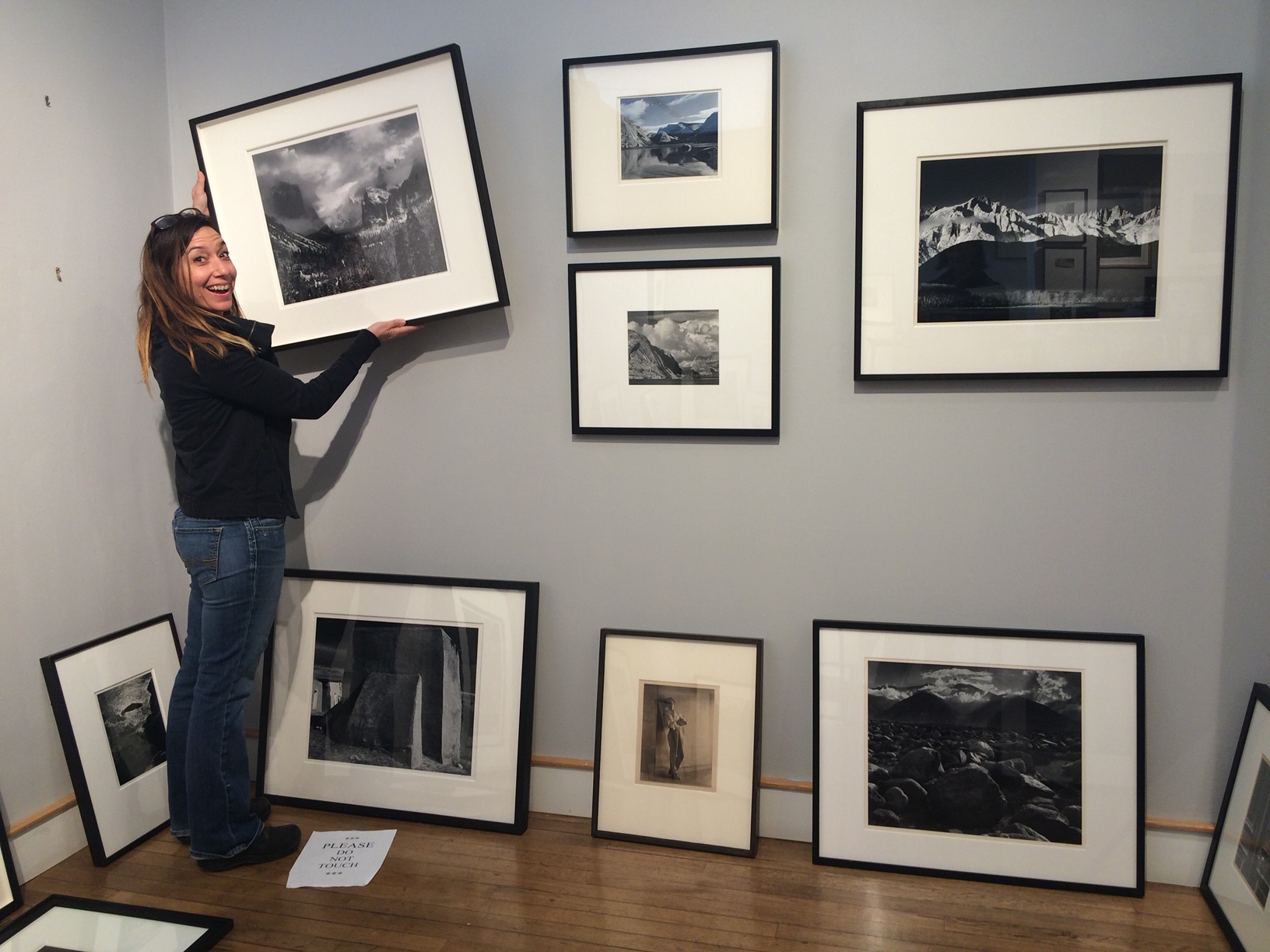 Ann M. Jastrab is the Executive Director at the Center for Photographic Art (CPA) in Carmel, California. CPA strives to advance photography through education, exhibition and publication. These regional traditions—including mastery of craft, the concept of mentorship, and dedication to the photographic arts—evolved out of CPA’s predecessor, the renowned Friends of Photography. While respecting these West Coast traditions, CPA is also at the vanguard of the future of photographic imagery. Before coming onboard at CPA, Ann was the gallery manager at Scott Nichols Gallery in San Francisco where she incorporated contemporary artists with the living legends photography. Ann also worked as the gallery director at RayKo Photo Center in San Francisco for 10 years until their closure in 2017. While there, she curated many shows in the Bay Area while simultaneously jurying, curating, and organizing numerous exhibitions for other national and international venues outside of San Francisco.  While being a champion of artists, Ann created a thriving artist-in-residence program at RayKo where residents Meghann Riepenhoff, Carlos Javier Ortiz, Kathya Marie Landeros, and McNair Evans all received Guggenheim Fellowships. Besides being a curator, Ann Jastrab, MFA, is a fine art photographer, master darkroom printer, and teacher as well. 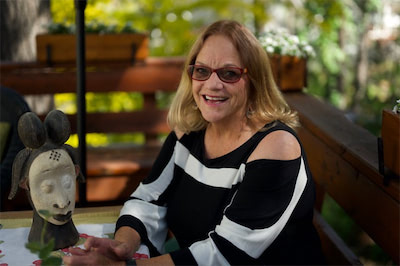 As an Adjunct-Professor, Nancy taught photography at Hartnell College before joining the Board of Trustees for the Center for Photographic Art where she currently serves on the Programs Committee.

She loves the art of photography and is often included in CPA’s 8×10 shows.

In addition to being a photographer, Nancy is an art maker and curator. In 2016 she curated the exhibition Dress Tents, by artists Robin Lasser and Adriane Pao for the Center for Photographic Art. She has curated a number of other exhibitions, which include Modified and Re-Modified, two group shows featuring artists who repurpose the found object, and Sonic, a group show of artists using sound as their medium.

In a solo exhibition of her own work, Resampled & Rearranged: Musical Objects Recomposed, she repurposed discarded musical instruments she found at the dump or on the streets, using their broken parts to explore the possibilities of new arrangements and new ways of seeing.

Her photographs can be found at the Monterey Museum of Art and her sculptural work, Lady Be Good, is at the Westland House – Community Hospital of the Monterey Peninsula. 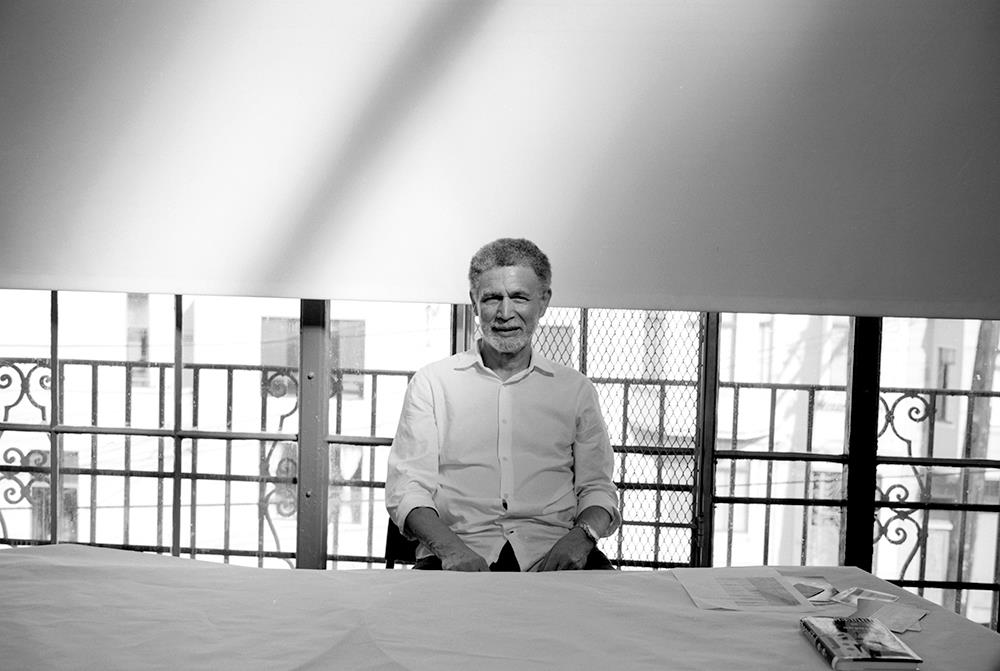 Lewis Watts is a photographer, archivist/curator and Professor Emeritus of Art at UC Santa Cruz. His research and artwork centers primarily around the “cultural landscape”,** focusing primarily on communities of African descent in the San Francisco Bay Area, New Orleans, Harlem and most recently Cuba, Europe and South Africa. His research examines the imprint of migration and the things that people bring with them from one place to the other and how that is expressed in the places where they are as well as in the places they come from. He uses those conditions as the field to make successful photographs.

He is co-author of the book, Harlem of the West: The San Francisco Fillmore Jazz Era, published by Chronicle and Heyday Books (2020) which features oral histories and his restorations of salvaged and collected photographs that portray musicians, patrons and the cultural life of the vibrant jazz scene in the Fillmore District during the 1940s, 50s & 60s. His most recent book, “New Orleans Suite”, co-written with Prof. Eric Porter, was published by UC Press in 2013. It covers the cultural and environmental life in New Orleans before and after Hurricane Katrina. He is also the author of “Portraits” published by Edition One Books in 2019. That work pictures African American creatives and others who are comfortable in their own skin. He is currently working on a documentary project in Charleston, South Carolina for a book to be published in conjunction with the African American Museum designed by Walter Hood and currently under construction.

Click to see a PDF of our previous recipients.
Page load link
Go to Top