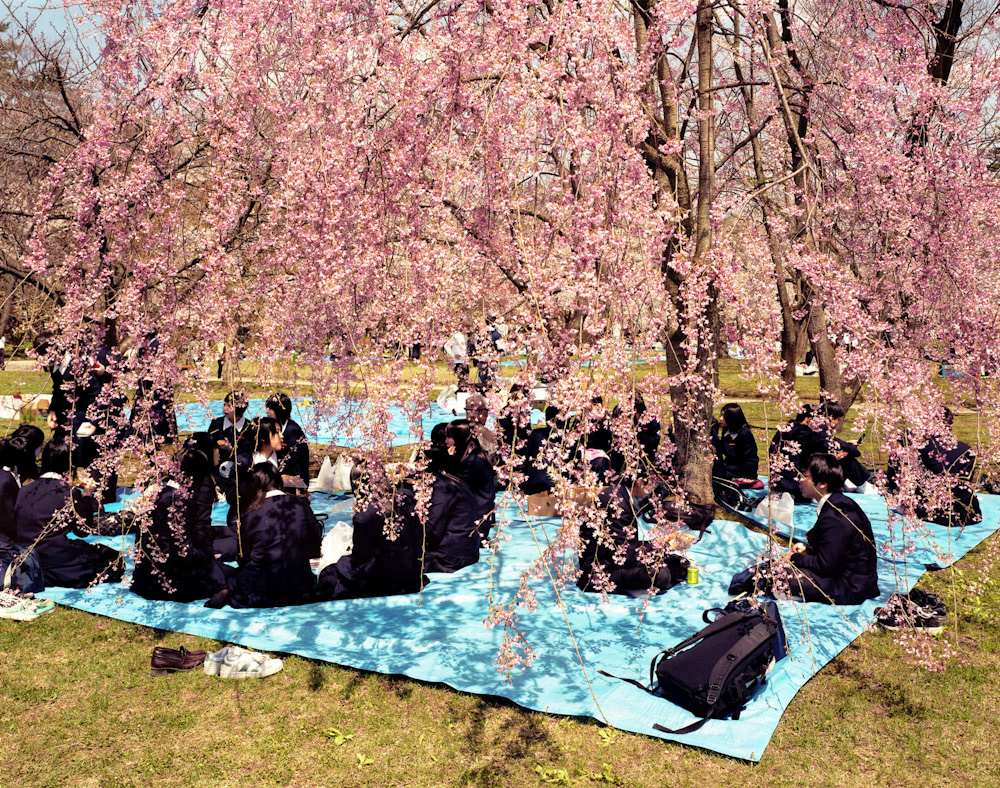 I was born in Aomori, deep northern area of Japan where my family moved when I was 10. To this day, however, I continue to frequently recall scenes from my hometown. In 2007, I started to return there periodically.

In my series, New Memories, the subjects go around seasonal rituals in Aomori such as picnicking under a cherry blossom tree, bathing at the beach, picking apples and shoveling snow. These activities represent the energy of living that seems to be guided by a subtle sense of hope.

Having done some shootings, I realized that my selection of the subjects, locations, and compositions are affected by many of pictures from my old family albums. People that I captured often look like my family, neighbors and myself from my childhood photos.

My photographs are composed of layers of memories, which are a mixture of those from multiple sources: my mind, family photos and present subjects that I encounter. As they are created by mutual coincident beyond a photographer and its time, they wait to gain their presence in front of viewers from different places.

Hiroyo Kaneko was born in Aomori, Japan, received her MFA from the San Francisco Art Institute and a BA in French Literature from Meiji Gakuin University, Tokyo.

Her work has been exhibited extensively in the United States, Europe and Japan at spaces including the San Francisco Museum of Modern Art, Photographic Center North West, Rayko Photo Center, Foam, and the National Museum of Modern Art in Tokyo. Kaneko is a recipient of the Santa Fe Prize for Photography 2009 and a winner of Philadelphia Museum of Art Photography Portfolio Competition 2012. In 2017, she won the 1st place in the 21st Annual Exhibition at the Photographic Center Northwest Juried by Sandra Phillips.