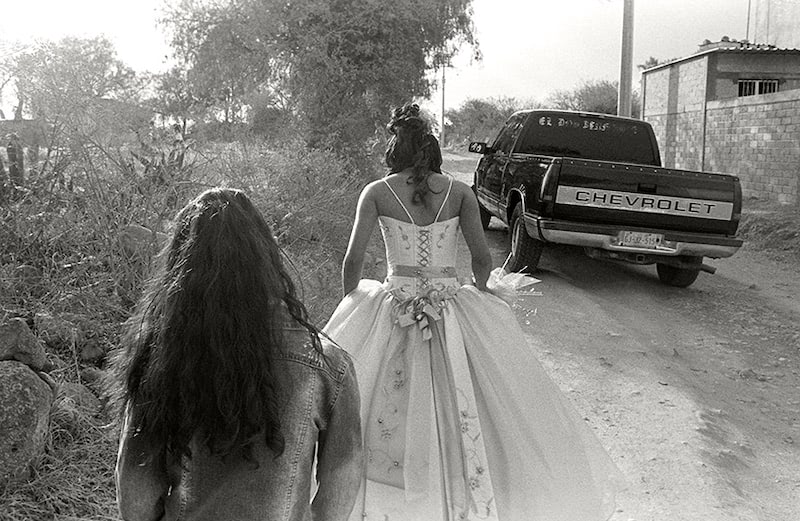 Tierra Nuestra is the earliest chapter of my ongoing work on Latino immigrant communities. Started in the farm camps of the northern California, this work would eventually lead me to central Mexico. With the support of a Fulbright Fellowship, I spent two years living here and documenting communities with the highest rates of historic migration– communities transformed through a century of migration to the United States and which pointed to the complexities of labor, economy and culture that have inextricably connected the two countries and its people.

Kathya Maria Landeros is a Mexican-American photographer and educator. Influenced by her bi-cultural upbringing, her work of the past decade focuses on Latinx communities and the exploration of history, migration, representation and belonging.

Her research has been supported through a Guggenheim Fellowship, a Fulbright Fellowship, an AIGA Worldstudio Foundation Grant, and residencies at the Rayko Photo Center and the Center for Photography at Woodstock where she created a self-published artist book titled Verdant Land. It is now part of a traveling group exhibition titled Race, Love, and Labor, curated by art historian Sarah Lewis, and is in the permanent collection at the Samuel Dorsky Museum of Art. Her photographs have been exhibited nationally, most recently at the

Diggs Gallery in Winston-Salem, North Carolina and through the San Francisco Arts Commission in California. In addition, her work is held in both private and public collections including the Figge Art Museum and the Baylor University’s Institute for Oral History.

Prior to joining the faculty at MassArt as a visiting assistant professor, Landeros taught at public institutions of higher education in California. She also spent an extensive period of time living abroad, in both China and Mexico, where she worked on long-term projects with migrant and immigrant communities documenting the socio-economic effects of migration. She holds a graduate degree in photography from MassArt and a dual undergraduate degree in English literature and Hispanic studies from Vassar College.