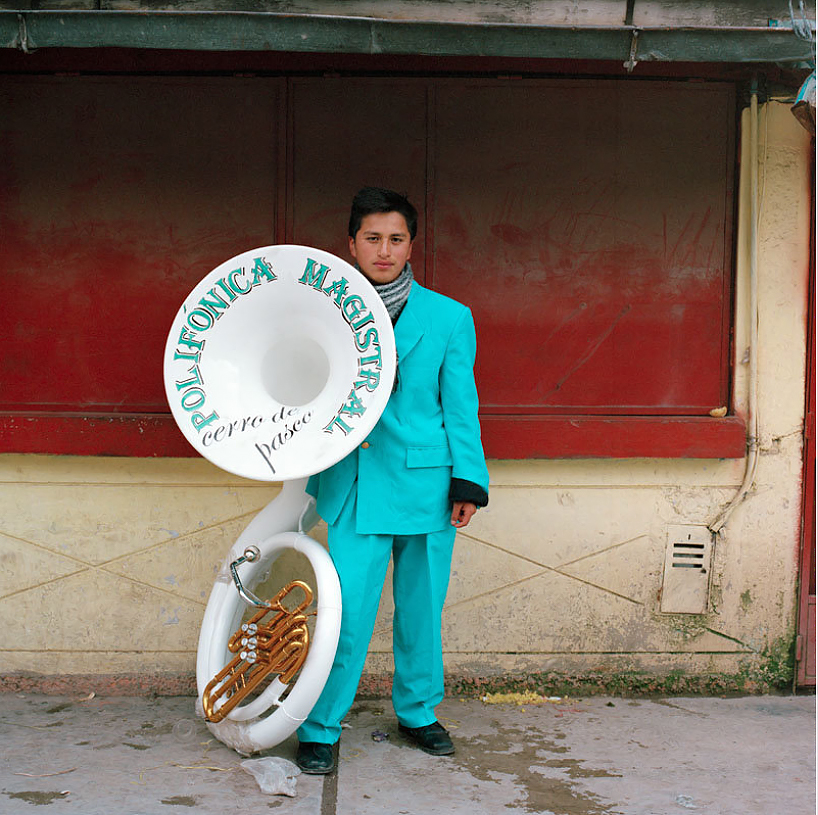 This photograph is from my El Muqui project, which takes place in the Andean mining city of Cerro de Pasco, in my native Peru. Located at 14,210 feet above sea level, Cerro de Pasco was established as one of the centers for mining activity, which started when the Spanish conquistadors arrived in the XVI century to exploit the vast silver mines.

Today, Cerro de Pasco is fighting for its survival with an environmental disaster and the imminent expansion of the local open-pit mine which threatens to further devour the city. In El Muqui- named aftera goblin who owns the Andean mines-, I look at the rich traditions of Cerro de Pasco and its environmental struggles, documenting the memory of a place that may no longer exist as we know it today.

Paccarik Orue (b. 1976, Lima, Peru) resides in Santa Clara, California. He earned a BFA from the Academy of Art University in 2011 and has been documenting struggling cities and their inhabitants both in the Bay Area and in his native Peru. Orue has had solo shows at Blue Sky Gallery, SFO Museum and Book & Job Gallery. His work has been selected to participate in numerous exhibitions including Jenkins Johnson Gallery, SF Camerawork, Center for Photographic Art and Rayko. His images have been featured in The New York Times, PDN, Juxtapoz, KQED/PBS, Conscientious and Lenscratch, among others. He was selected by PDN as one of the 30 Emerging Photographers to Watch in 2016 and has been awarded En Foco’s New Works Photography Fellowship Award (2013-2014.) Orue is the recipient of Duke University’s 2016 Archive of Documentary Arts Collection Award for Documentarians of Color. His first book, There Is Nothing Beautiful Around Here, was published by Owl & Tiger in 2012.