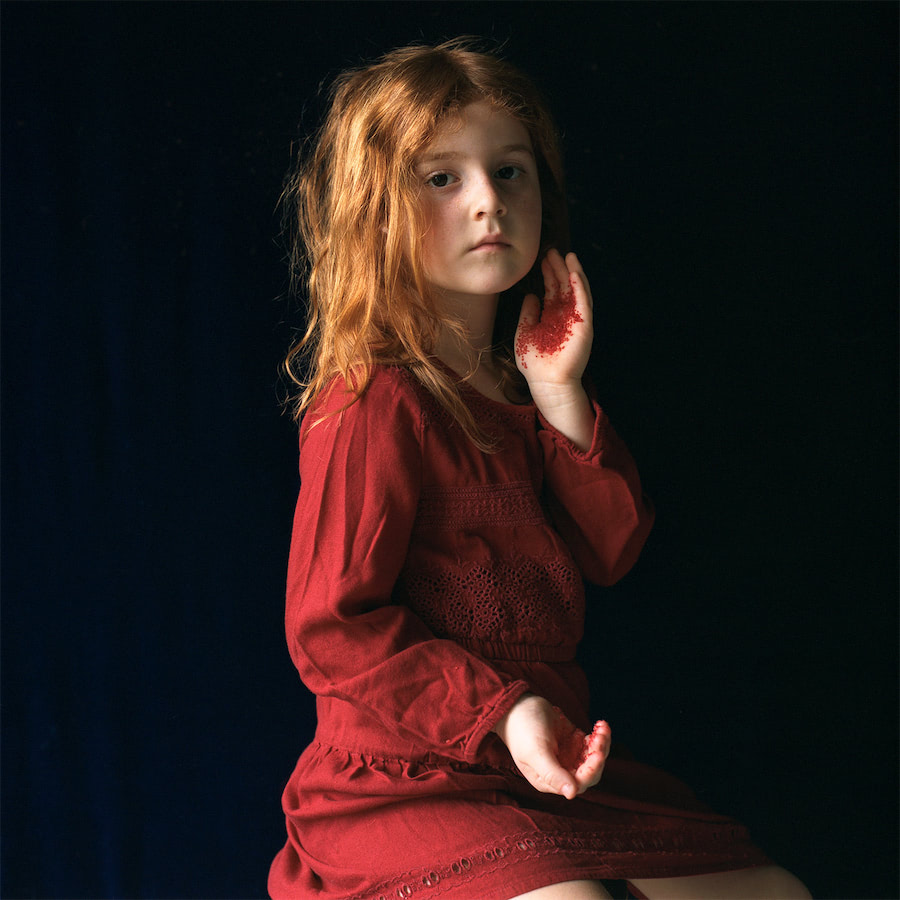 Through the lens of my camera I wander deep into my psyche – woman, daughter, mother, wife. Navigating the ambiguous terrain between artist and subject I recreate what I longed for as a child and what I was afraid of.

Exploring my unconscious, I expose the tensions I faced as a child, between compliance and defiance, between frustrated silence and honest communication. My portraits attempt to describe how it feels to be a girl receiving conflicting message and a woman, reconsidering this experience.

Rather than point out at the world, my work turns inward. The act of photography for me is about empathy and the desire to connect to something that feels both personal and universal. At odds with the rapid-fire perpetual assault of social media, it asks us to look longer. It speaks to the unconscious discord that remains within all of us. My work asks the viewer to project their own uncertainty, as it reflects empathy, vulnerability, intimacy, and tenderness.

Lydia Panas’ work explores our collective societal relationship to women. Her work is attentive to the psyche and what lies below the surface. Through photography and video, she investigates questions about who we are and what we want to become. Her focus is on our interior lives – what we show, what we say and especially what we hide. A first-generation American raised between Greece and the United States, her sense of home has always felt elusive. Settling on a seventy-acres in Pennsylvania, the natural landscape and family are the foundation of her work.

Panas’ work has been exhibited widely in museums and galleries in the U.S. and internationally. Her works are represented in public and private collections including the Brooklyn Museum, Bronx Museum, Museum of Fine Arts Houston, Palm Springs Art Museum, Allentown Art Museum, and the Museum of Contemporary Photography Chicago, among others. Her work has appeared in many periodicals such as The New Yorker, The New York Times Magazine, The Village Voice, French Photo, and Hyperallergic. Lydia has degrees from Boston College, School of Visual Arts, and New York University/International Center of Photography. She is the recipient of a Whitney Museum Independent Study Fellowship and a CFEVA Fellowship. Two monographs of her work have been published, Falling from Grace (Conveyor Arts 2016) and The Mark of Abel (Kehrer Verlag 2012) which was named a best coffee table book by the Daily Beast. She divides her time between Kutztown, Pennsylvania and New York City.